Archaeologists cannot confirm what is exactly depicted on the massive slab, detailing like planets and stars. The Cochno Stone, found in West Dunbartonshire, Scotland, is believed to contain the best example of Bronze Age cup and ring carvings in Europe, with hundreds of grooved spirals, carved indentations, geometric designs, and puzzling patterns of various types. A Sketch of the Cochno Stone by W A Donnelly in 1895 The Cochno Stone was first documented in 1887 by the Rev. James Harvey. 78 years later, the stone was reburied in 1965 to protect it against vandalism. The Rev. James Harvey found the 42ft by 26ft stone in 1887, on fields near what is now the Faifley housing complex on the outskirts of Clydebank. It has around 90 carved indentations known as “cup” and “ring” markings 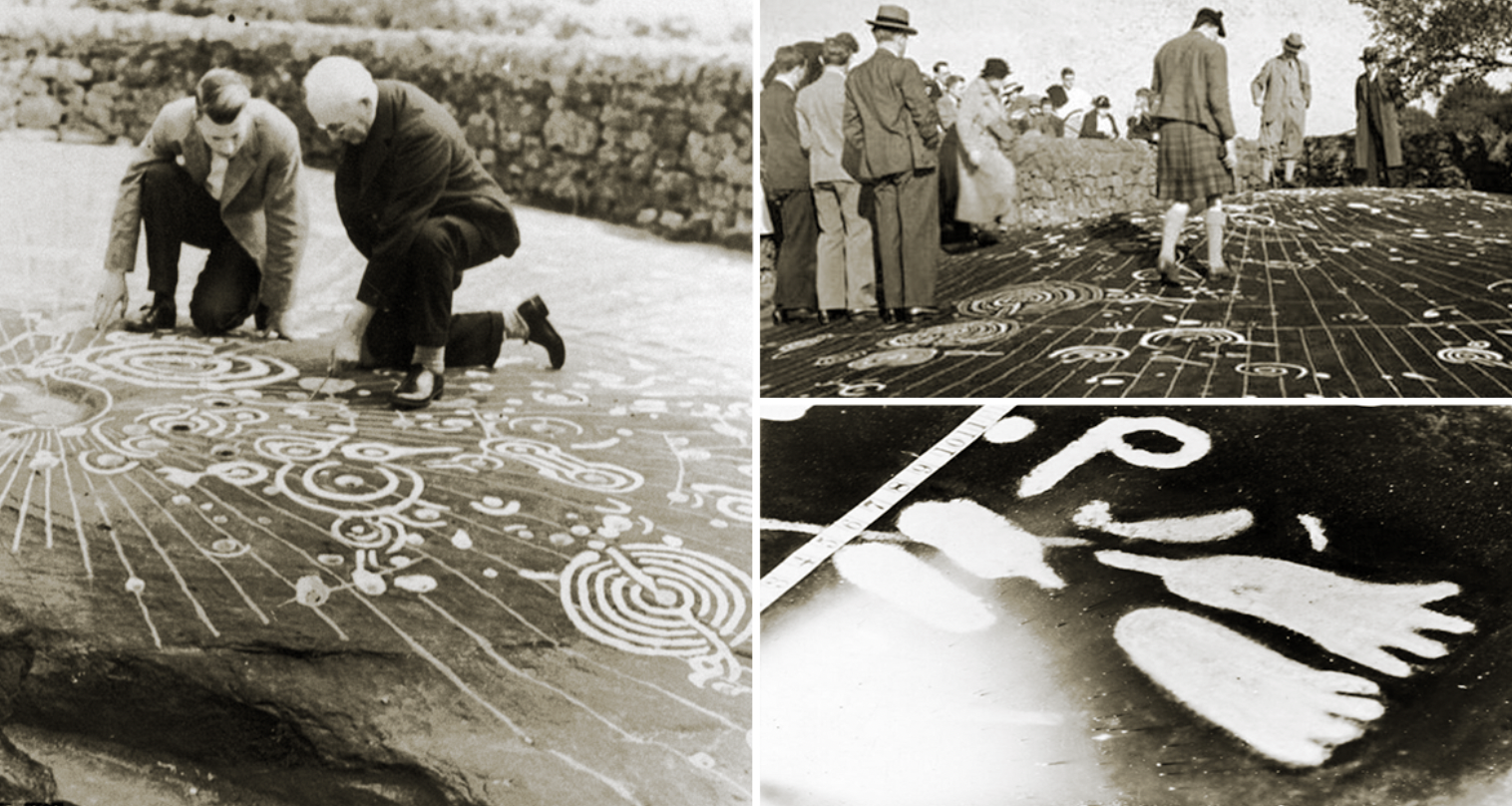 Cup and ring markings are a type of ancient art that consists of a concave depression cut into a rock surface and sometimes encircled by concentric circles likewise etched into the stone. The artwork appears as a petroglyph on natural boulders and outcrops, as well as on megaliths such as slab cists, stone rings, and passage tombs. Detail of cup and ring markings on the Cochno Stone. © Royal Commission on the Ancient and Historical Monuments of Scotland. 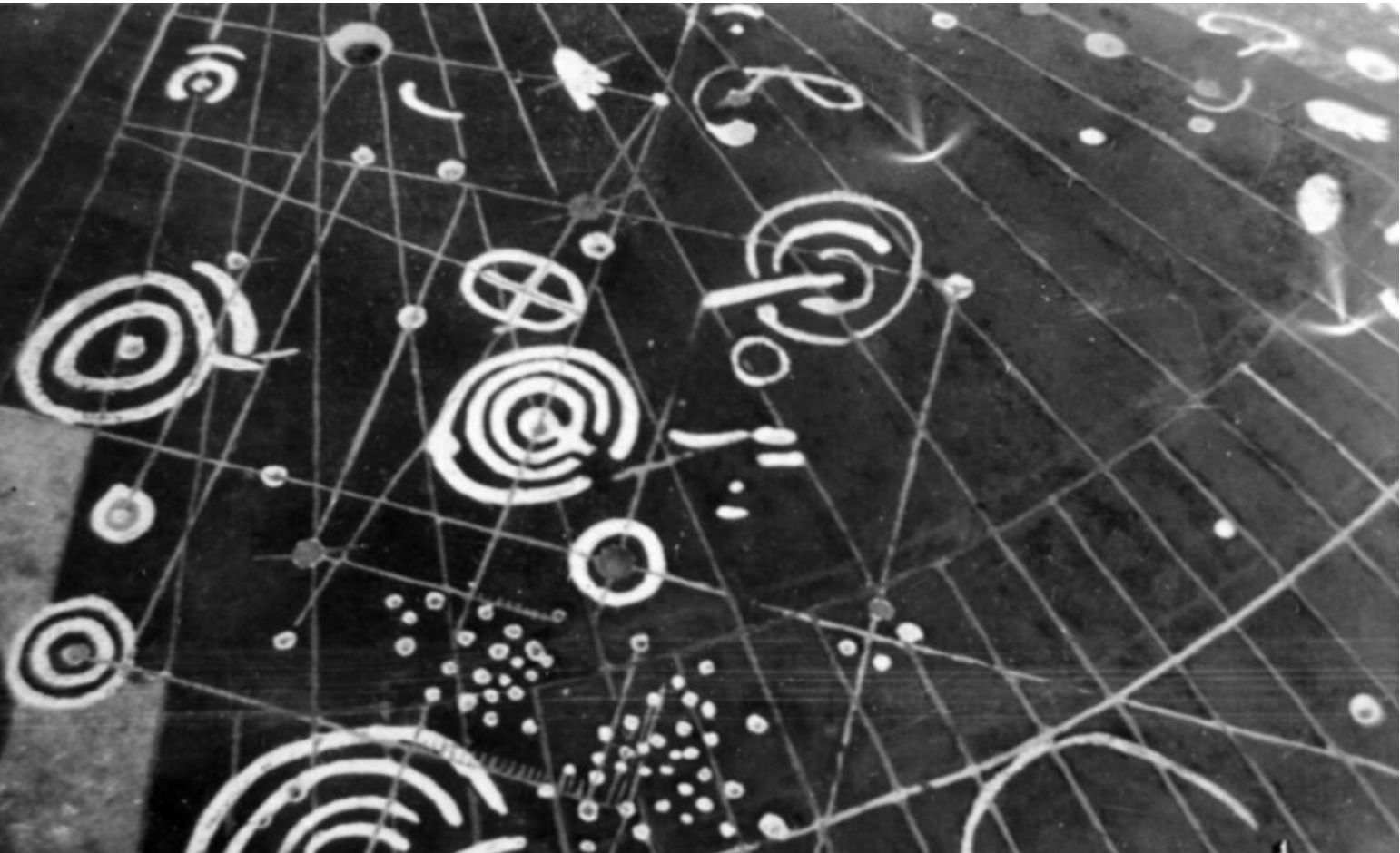 Northern England, Scotland, Ireland, Portugal, North West Spain, North West Italy, Central Greece, and Switzerland are the most common locations. However, comparable varieties have been discovered all over the world, including in Mexico, Brazil, and India. The cup and ring markings on the Cochno stone, which are thought to be almost 5,000 years old, are accompanied by an etched pre-Christian cross placed within an oval, as well as two pairs of carved footprints, each with just four toes. Because of the variety of marks on it, the Cochno Stone has been declared a scheduled monument and is of national significance. 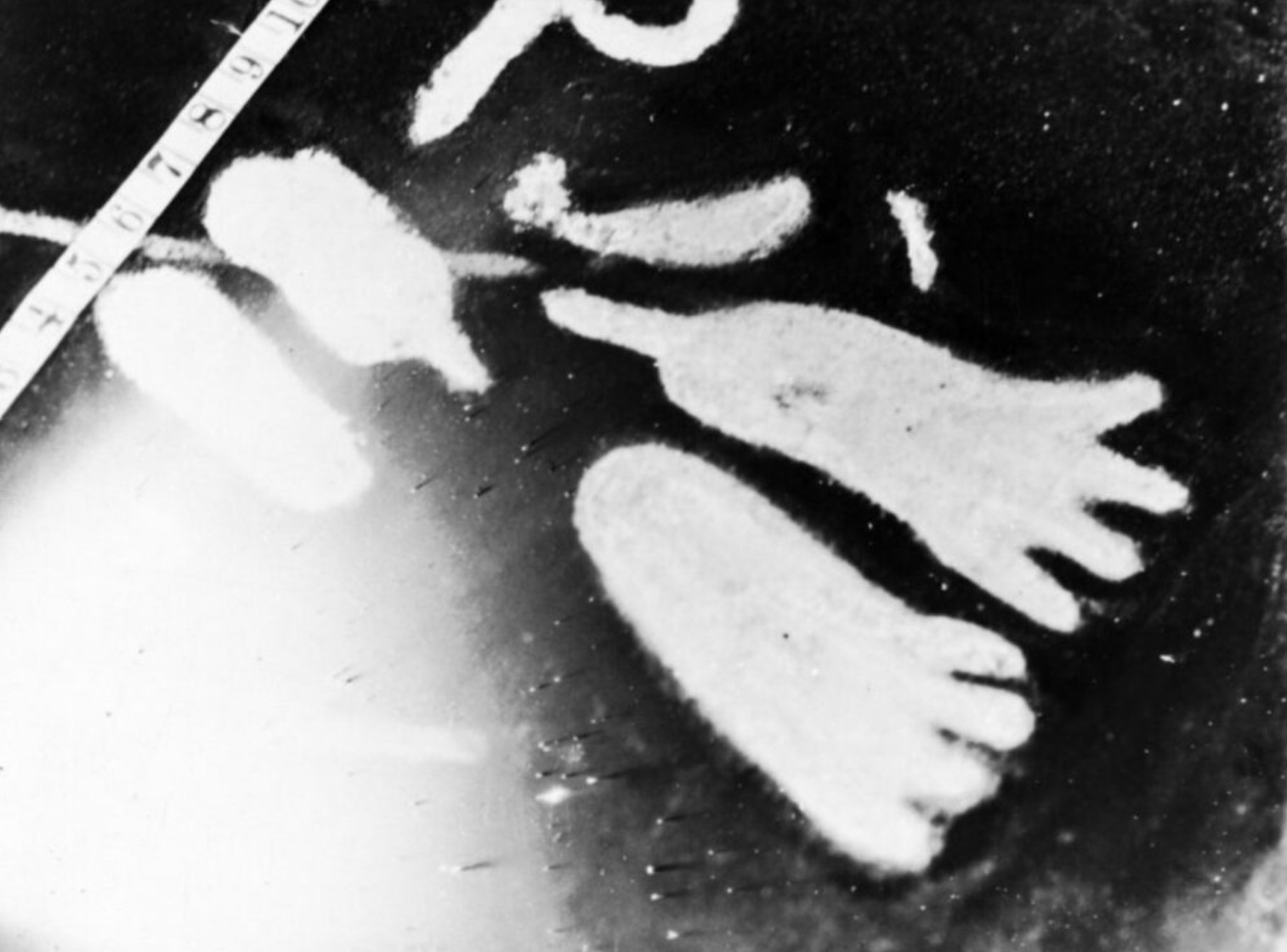 Archaeologists cannot confirm what is exactly depicted on the massive slab, detailing like planets and stars. There is no conclusive statement from researchers on the meaning of the intricate symbols found on its surface. Is it a map of the sky or the earth? Or is it an altar where rituals were held? Although the original significance of the Cochno Stone has been forgotten, various speculations have been proposed as to what its function may have been. 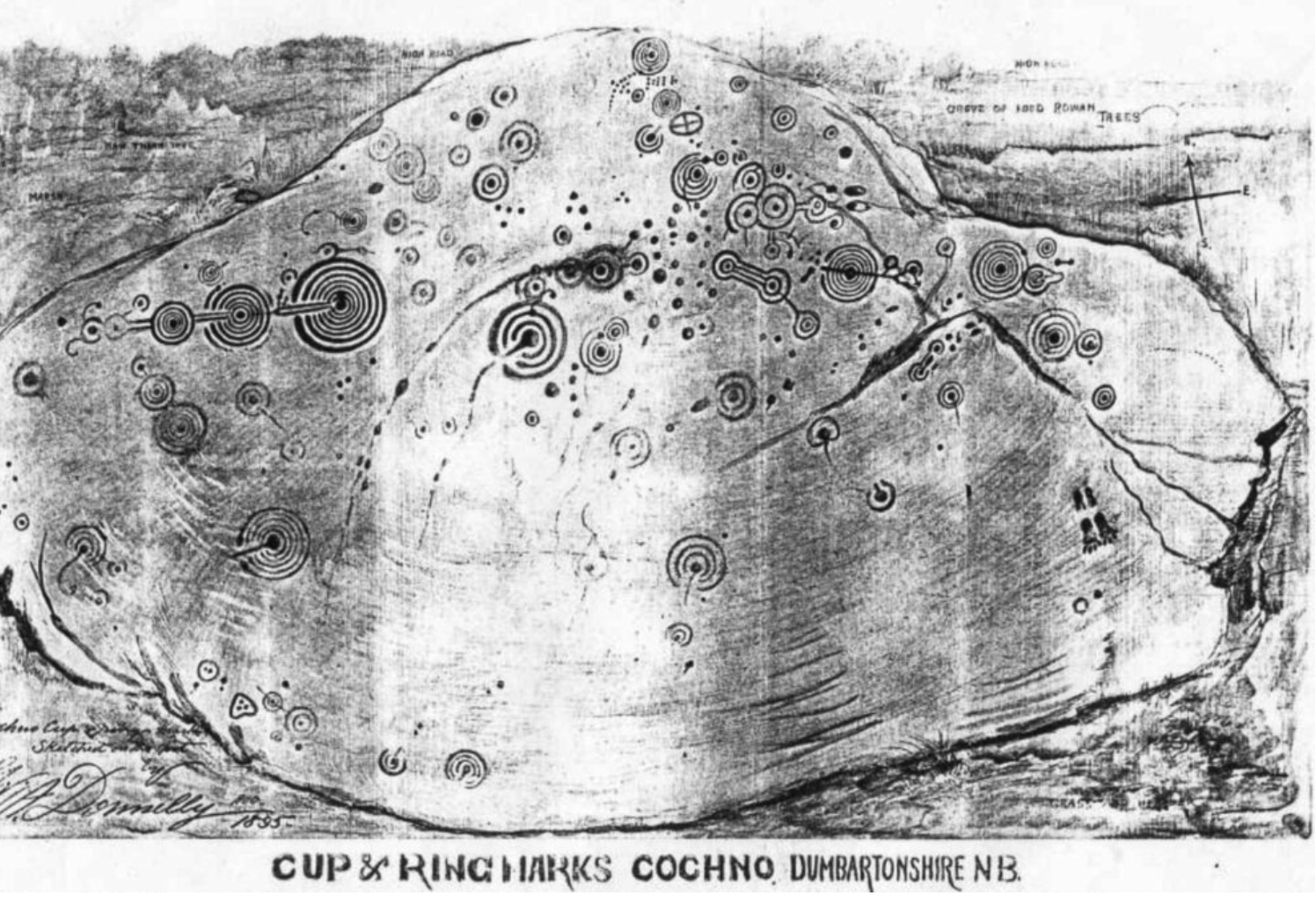 Some have even claimed that the slab is in fact a portal, of life and death, symbolizing rebirth. While some archaeologists have theorized that the intricate drawings of domes, lines, and rings, are an ancient expression of rock art that has been found in many parts of the world. According to experts, the symbols date back to the Neolithic and early Bronze Age but there are some clues that have been found to date from the Iron Age. 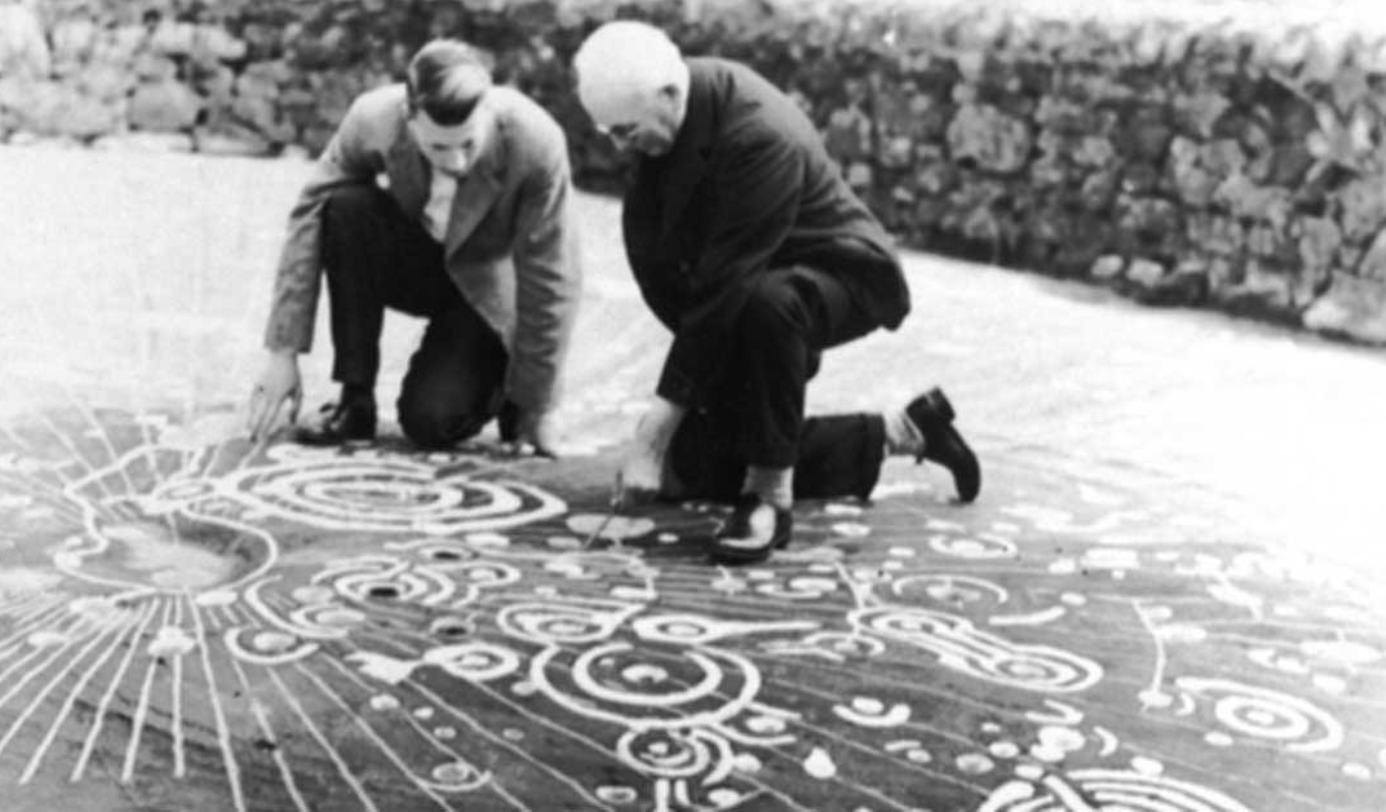 Researcher Alexander McCallum proposed that the Cochno Stone is a map showing other settlements in the Clyde Valley. According to Alexander, the incredible markings are reminiscent of enormous crop circles that have so often been attributed to extraterrestrial civilizations. 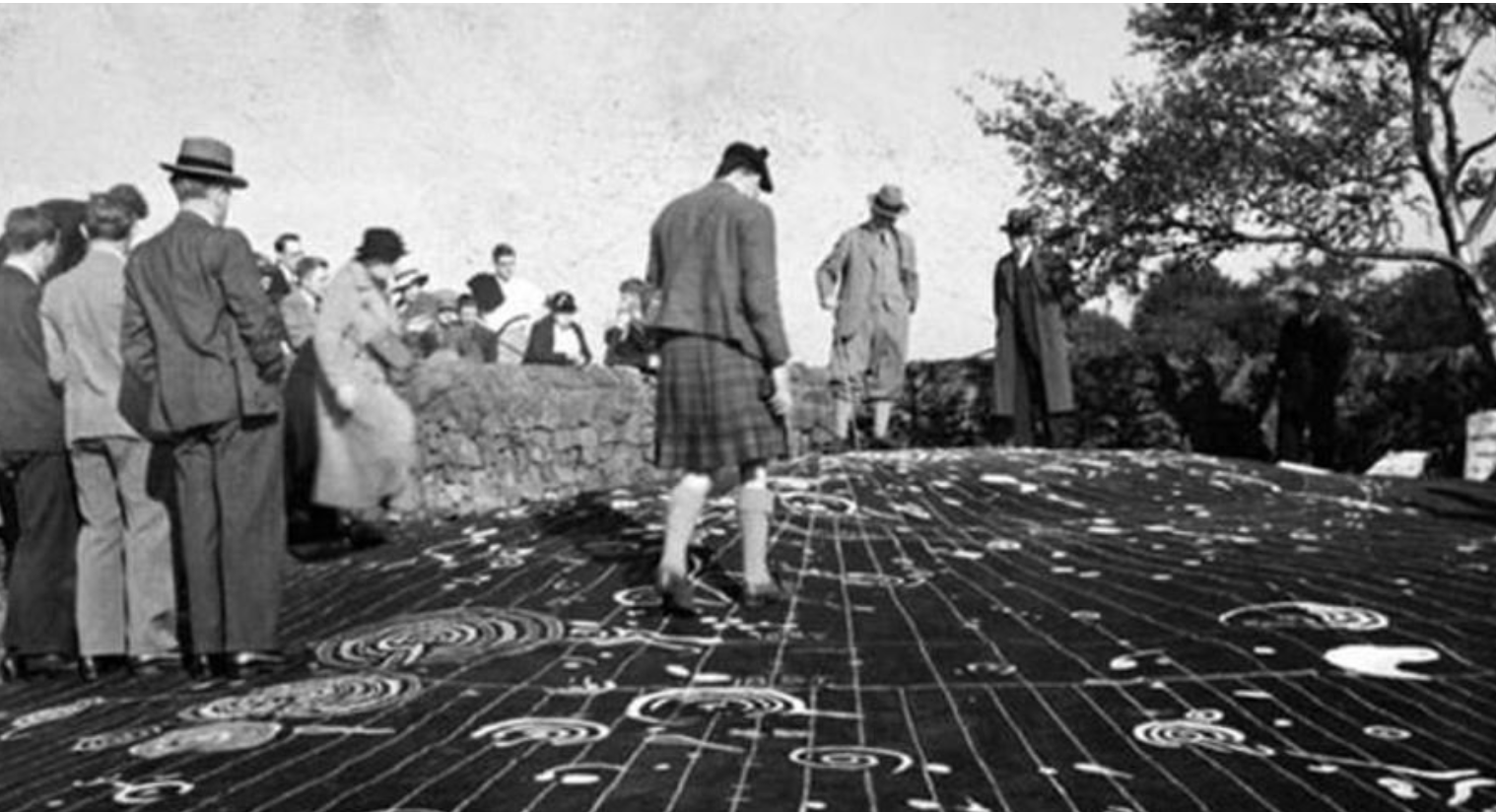 In the recent years, the Cochno Stone was unburied, studied and reburied by the archaeologists for several times. They excavated the site and used modern-day surveying and photography (3Dimaging technology) to record the artwork, hoping that the huge amount of data they’ve managed to collect will aid other researchers in attempting to interpret these enigmatic ancient lines. Therefore, the meaning of the Cochno Stone remains an unsolved mystery to date.