A 1970 event that occurred at Richmond School in Napier, New Zealand. Among the witnesses of the giant UFO were the principal, teachers and 400 students.

This event was mentioned in the Napier Daily Telegraph on May 8. Just one day after the sighting of the giant UFO.

The headline of the newspaper was: “Mysterious object in the sky is seen by teachers and 400 children” 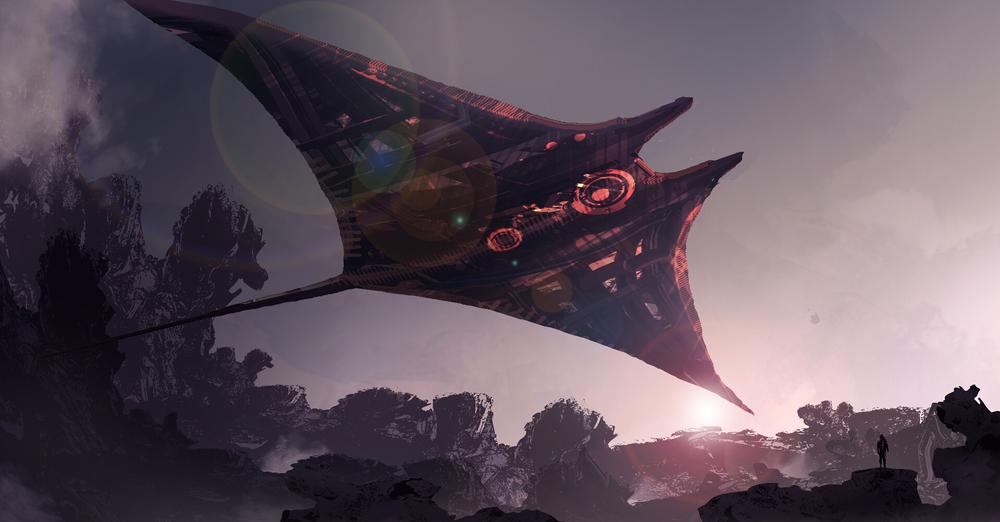 Mass sighting of giant UFO
A huge unidentified flying object was seen in 1970 and was described as “a hole in the sky”.

Witnesses said there was an “unearthly silence” when children are normally very noisy. Everyone stopped playing to look at the giant saucer-shaped UFO.

W. Billing, the school principal, said the object was moving in a southerly direction. At first he thought it was a plane, but it was too bright .

When the teachers noticed the giant UFO, they were puzzled. Some said that it even shone on the side facing away from the Sun. The object seemed to float in an area between Westshore and Tongoio. 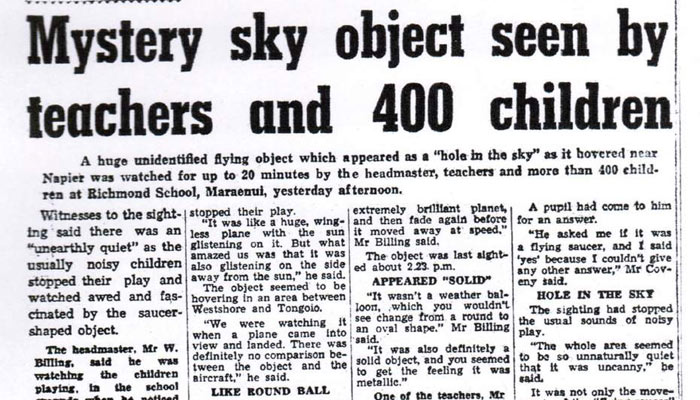 After being suspended for 3 or 4 minutes, the object began to move away. It then moved at odd angles, finally transforming into a huge ball with a glowing, transparent center.

Quickly, it flattened out again and continued to recede in a straight line until it disappeared into the sky. Suddenly, it appeared again, like a huge glowing planet , only to disappear once more at high speed .

The director assured that it was not a weather balloon. It was a solid and apparently metallic object.

A sighting for history
One of the teachers, A. Coveny, claimed to have read reports of people seeing UFOs , but he had always been a skeptic. He believed that half of Napier had spotted the object, since everyone at school saw it.

“The sighting had stopped the usual sounds of noisy games. The whole area seemed so unnaturally quiet that it was strange.

It wasn’t just the movements of the flying saucer that were supernatural, but also its appearance when it changed shape. There was an iridescence about it, and it seemed as if it was a real hole in the sky, as if you were looking through it into another dimension, the teacher said. 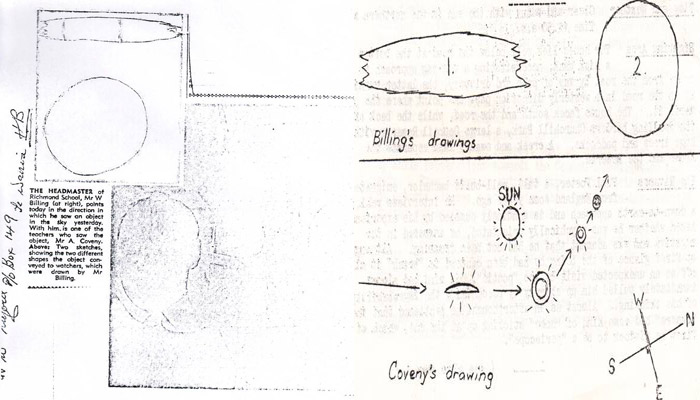 Despite the fact that the newspaper that rescued the news has certain sketches of what the witnesses saw, the quality of what they reached today is quite poor .

The mass sighting of the giant New Zealand UFO joins a list of other sightings with a large number of witnesses. Perhaps the most remembered, being one of the most recent, was the one that happened at the famous Ariel School in Zimbabwe, in 1994. On that occasion, the little ones not only saw the flying object, but also it landed and its crew members let everyone see.